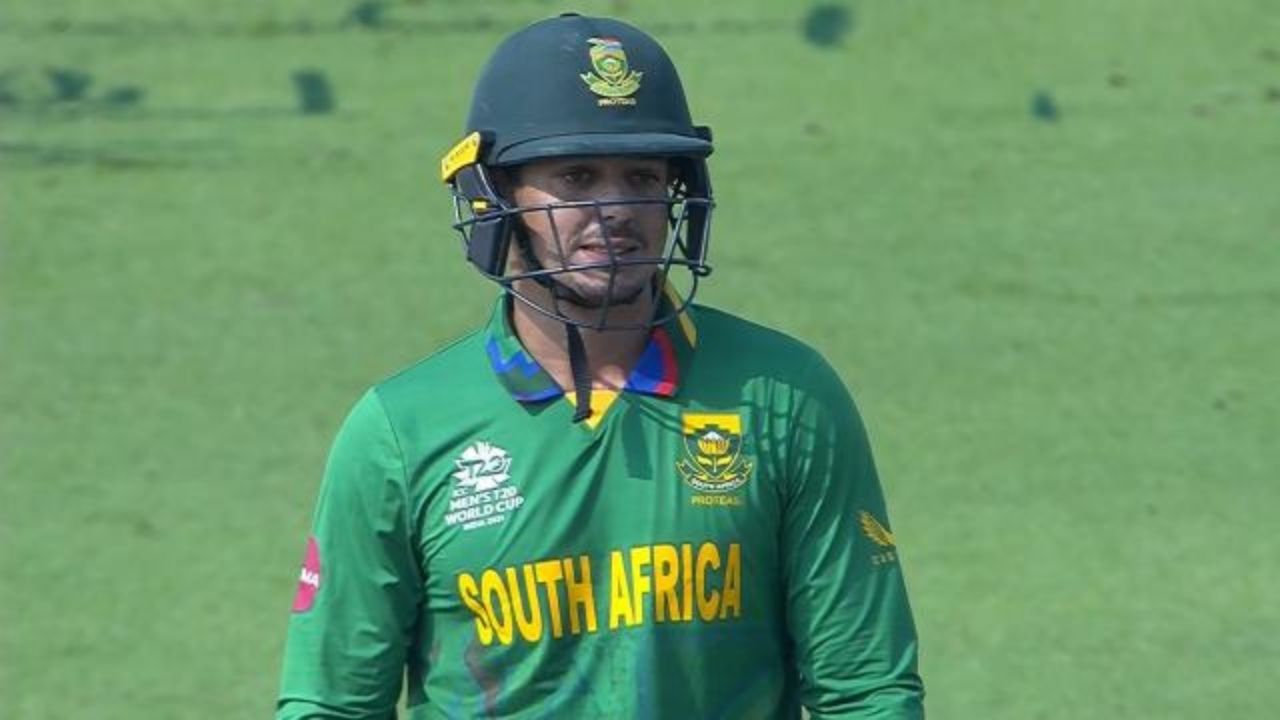 Quinton de Kock of South Africa apologized for refusing an extension and said he was not “racist”.

The wicketkeeper was unable to win the T20 World Cup against the West Indies because he did not want to move.

“I want to start saying that my teammates are sorry and that the fans are back home,” he said.

“If I kneel to help educate others, improve the lives of others, I’ll be happier than doing it.”

Some South Africans – but not all – spent before Australia beat them at the start of the T20 World Cup when De Kock scored seven goals.

South African Cricket (CSA) then decided just before Tuesday’s game against the Windies that all players should stretch their knees.

“Some people may not have realized that we were impressed by this Tuesday morning when we entered the game.

“I’m sorry for the pain, confusion, and anger I’ve created.”

He said: “I’ve been called a lot of cricketers. But that’s not a bad thing. It hurts me a lot to call him a racist because of a misunderstanding.

“I’m not a racist. Deep down, I know. I think people who know me know me.”

De Kock had previously refused to stretch his knees, and after saying he had been “quiet on this very important subject so far, he felt it was important” to explain a little about me.

In a CSA statement on behalf of De Kock, he claimed that he came from a family of two heirs and that his adoptive mother was black.

“For me, black life has been important since I was born. Not just because there is an international movement,” said De Kock.

“Everyone’s rights and equality are more important than anyone else’s.

“I was raised to understand that we all have important skills.

“I felt disconnected when I was told what to do as I was told.

“I think it would be better for everyone to do something if we solved it before the start of this competition.

“Then we will focus on our work, winning cricket for our community.

“It looks like a movie when we go to the World Cup. It’s not good.”

The next game in South Africa is against Sri Lanka on Saturday 30 October and De Kock said he would see “nothing but cricket for my country” if he saw captain Temba Bavuma, whom he called an “extraordinary leader” . ”, And someone me. “

The CSA and its teammates and management team discussed Wednesday what De Kock called an “emotional” meeting.

“After the meeting, the Proteas men agreed to support and agree to pray for the remnants of the World Cup campaign,” said CSA, who also agreed with De Kock’s statement.

“CSA officials regret that the timing of his leadership earlier this week may be unsatisfactory for the players managing the match against the West Indies.”