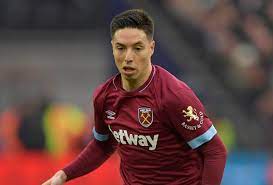 Samir Nasri has denied reports that he did not join Anderlecht officials during the coronavirus infection.

The Pro League in early April suggested canceling the 2019-20 season at a meeting to decide its future, which will be on Friday.

Anderlecht scored the final goal on March 7, beating Zulte-Waregem 7-0 at home, although Nasri did not participate in the team.

Nasri has been at the center of media speculation this week, however, after a report in the Belgian newspaper, Derniere Heure claimed that the former Manchester City and Arsenal player did not have a relationship with manager Vincent Kompany. But Nasri dismissed the rumors and insisted that he was in contact with Anderlecht.

“It doesn’t make sense,” Nasri said during an interview on Instagram. “Where do you see someone disappear? Because that is what I think I have seen or heard said: someone who has lost or who no longer shows signs of life.

“I talk to the medical director every day. He sends me a meeting. I also talk to Vincent Kompany.”

Nasri joined Kompany, who was a former Anderlecht player in 2019, but he was unable to resume his career in Belgium, where he only made eight appearances in all competitions.