The Creepiest Games Ever Played 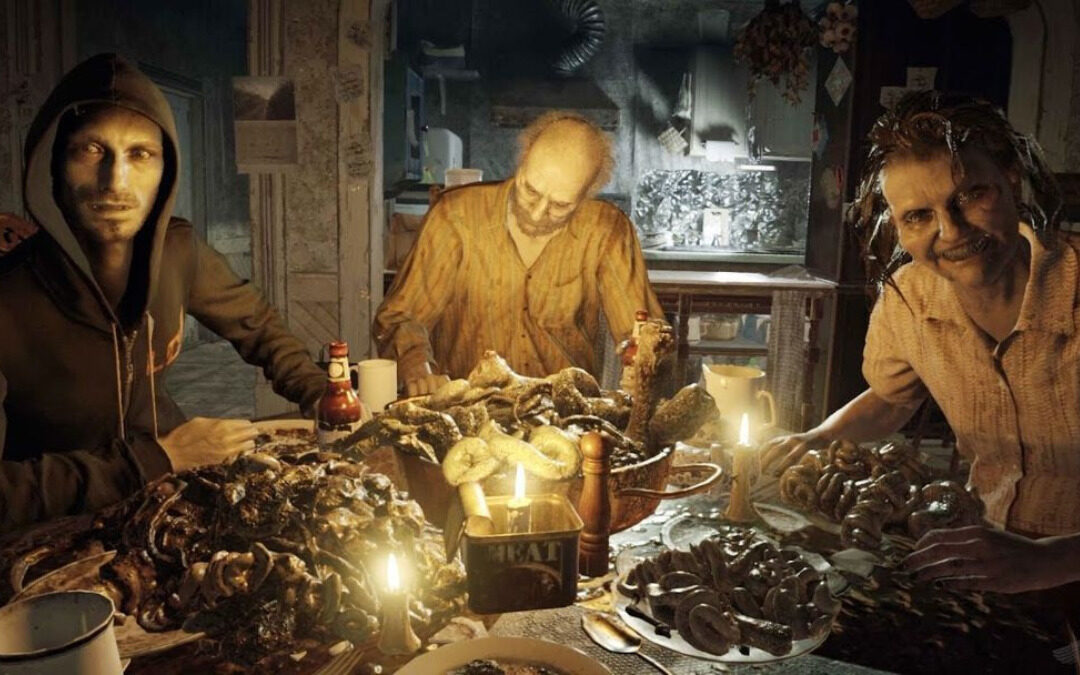 We’re getting close to All Hallows’ Eve. Finally, the day has here when we will be trick-or-treating, carving pumpkins, and bobbing for apples.

It’s Halloween! However, the eerie season is a year-round phenomenon. And if there is one thing that video games excel at, it is being eerie.

So, if you don’t feel like facing the chilly weather, get a pumpkin-spiced coffee, load up on toffee apples, and turn on your Nintendo, PlayStation, or Xbox to play some of Team Venom’s most spooky games ever.

It should be a relatively comfortable life working as a night security guard at a pizzeria. At Freddy Fazbear’s Pizza, however, there is no such thing as a routine shift.

You’ll spend your time in Five Nights at Freddy’s protecting yourself against Freddy, Foxy, Bonnie, and Chica, a group of broken animatronic animals, which doesn’t seem too horrible at first.

There’s a catch, though. You never know where or when the characters will appear. They come straight up to you and give you jump scares that will make you leap over your couch.

Explore the series and lose yourself in its virtual nightmares if you want to crank up the fear factor. There are visits to amusement parks, kids’ parties, and ventilation systems.

It sounds like usual Resident Evil fare to explore an abandoned house in the first person while looking for your missing wife. Doesn’t seem particularly ominous or frightful, does it?

But keep in mind that there are always more enemies than you can shoot, the eerie Baker family is everywhere in their house looking to murder you, and you’ll have to make decisions that will rock you to your core.

Try turning out the lights and playing the game in virtual reality if it still doesn’t seem scary enough; being pursued down the hallways by rabid zombies doesn’t sound so appealing, does it?

It seems strange that a story about a community infected by a virus and inspired by the waning Russian Empire would be scary.

You do realize that it’s a Victorian thriller just begging to be made? It’s one of the spookiest games you’ll ever play, and that’s the case with Pathologic 2.

You take on the role of Doctor Artemy Burakh, who is entrusted with clearing your reputation of a wrongfully committed murder while you hunt for food and water, ward off infection, and treat the plague that is ravaging the whole planet.

You have 12 days to complete the task, and during that time, anyone around may contract the illness and change the course of your narrative. It does sound ominous.

However, none of those things make Pathologic 2 one of the eeriest video games you’ve ever played.

You’ll be shivering in your boots for Halloween to come because of the cryptic nightmares, spooky people, and bizarre side missions that emerge at night.

The creatures lurking beneath your bed will be one of your initial encounters with fear. We have been terrified since we first climbed out of our cribs and into our bedrooms because of monsters following us.

This innate terror is elevated to a whole new degree in Amnesia: The Dark Descent.

Your mind will truly start to deteriorate the longer you remain in the shadows and the more terrifying images you choose to concentrate on.

You must control the sanity mechanism by avoiding spending too much time in the dark as you move around the unsettling Castle Brandenburg.

However, keep in mind that if monsters see you in the light, they will pursue you until you are out of their line of sight.

Oh, and there aren’t any weapons or techniques to ward them off, so it grows spookier and spookier the further into the darkness you go.

The most disturbing aspect about Outlast is that it isn’t creepy.

Going undercover at Mount Massive Asylum to look for your next scoop as a free-lance investigative journalist named Miles Upshur is a persistently terrifying experience. The only item that can truly defend you from enemies is a camera.

They won’t stop until they see you dead or buried.

The virtual versions of the world’s most gruesome ideas are tested by Outlast to see how resilient you are.

Consider the situation where you are running for your life from a crazed, skeleton doctor while hiding beneath a blood-stained bed; you will get goosebumps covering your entire body as a result of the dread.