The Evolution of Burning Man: How the Rich Have Changed the Art Party 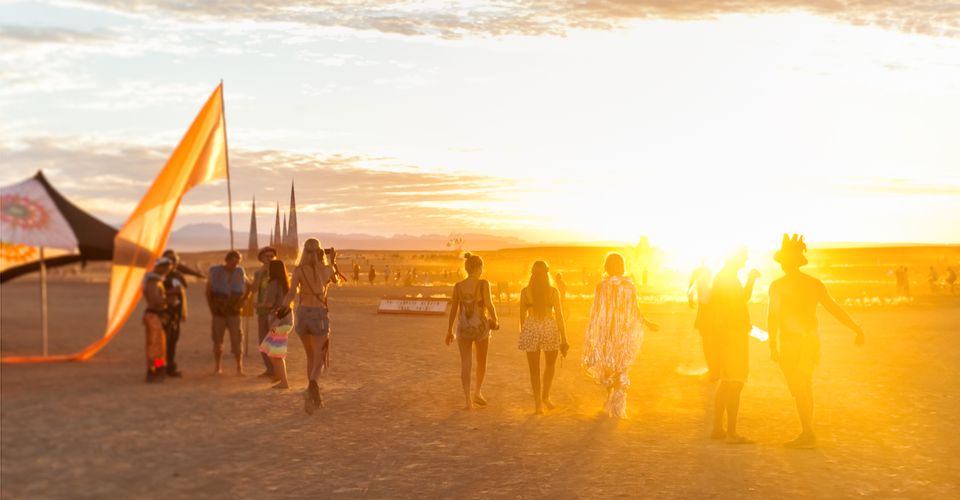 Evolution has taken a toll on Burning Man, and it is no longer merely a stage for artists to portray self-expression.

Every year, tens of thousands of people gather in the Nevada desert under the sweltering sun and enjoy a week of community, art, counter-culture, free expression, and celebration of identity. The party comes to a head with the symbolic burning of a large wooden effigy, after which all the attendees conscientious clean up guided by the directive to “leave no trace.”

It all started in the summer of 1986 when a small group of friends gathered to burn a 9-foot-tall statue on the beach in San Francisco. Each year more and more people attended the bonfire, and it became crowded enough to call for a move to the Nevada desert. Now each year, it is held in Black Rock City, which is a temporary community erected by the thousands of attendees, who construct the gathering’s infrastructure using nothing but their own tools and equipment. Nothing is sold at Burning Man, apart from coffee and water, and every transaction of material goods and services is bartered or “gifted.”

For many attendees, known as ‘Burners,’ the event is about providing a space for counter-cultural expression. It’s also known as the hippest party around, famous for its raves and the use of controlled substances.

This is because, in recent years, many long-time Burners have resented how the festival’s growing popularity has changed the experience. They cite on Reddit posts about a new class of Burner consisting of celebrities, internet influencers, and billionaires like Elon Musk and Mark Zuckerberg.

But is Burning Man really becoming wealthier? Conveniently some academics who moonlight as Burners take a comprehensive census each year. Most years, the census has asked demographic questions about the income of attendees, and the results are pretty interesting.

These wealthier ‘burners’ enjoy exclusive camps, known as Turnkey camps. According to Mashable, they offer luxury amenities, cleaning staff, and chefs while reportedly wreaking havoc on the environment by chartered flights to get there.

In 2019, Man CEO Marian Goodell wrote that she was “stunned” by the growing “commodification and exploitation of Black Rock City and Burning Man culture.”

“Whether it’s commercial photo shoots, product placements, or Instagram posts thanking ‘friends’ for a useful item, attendees including fashion models and social media ‘influencers’ are wearing and tagging brands in their playa photos. This means they are using Black Rock City to increase their popularity, to appeal to customers and sell more stuff.”

Black Rock City requires significant investments of time, energy, and resourcefulness,” Ms. Goodell continued. “Part of what makes Burning Man unique and powerful is that everyone has to work hard to be there.”

Goodell went as far as to ban one Turnkey camp known as Humano the Tribe, which according to Mashable, had accommodation starting at $25k for a ‘Single Bedouin Tent’ with minibar and AC. But prices reached a staggering $100k for a ‘Moon Village’ with two bedrooms, a private bathroom, and a powerful air conditioner. Humano’s brochure assured the tribe that its private chefs would focus on raw and organic ingredients provided by ‘local farms,’ even though there are no farms local to the Black Rock Desert.

In an interview with BBC, long time, Burner Greg Reynoso was dismayed at how the new class of rich Burners would behave, remarking that they “would ride past on their Segways with their phones and wearing more money than I’ll ever make.” Greg, who doesn’t own a Segway, also echoed Goodell’s statement saying an important part of Burning Man is the level of preparation it takes.