Day in the Life: Muhammad Ali 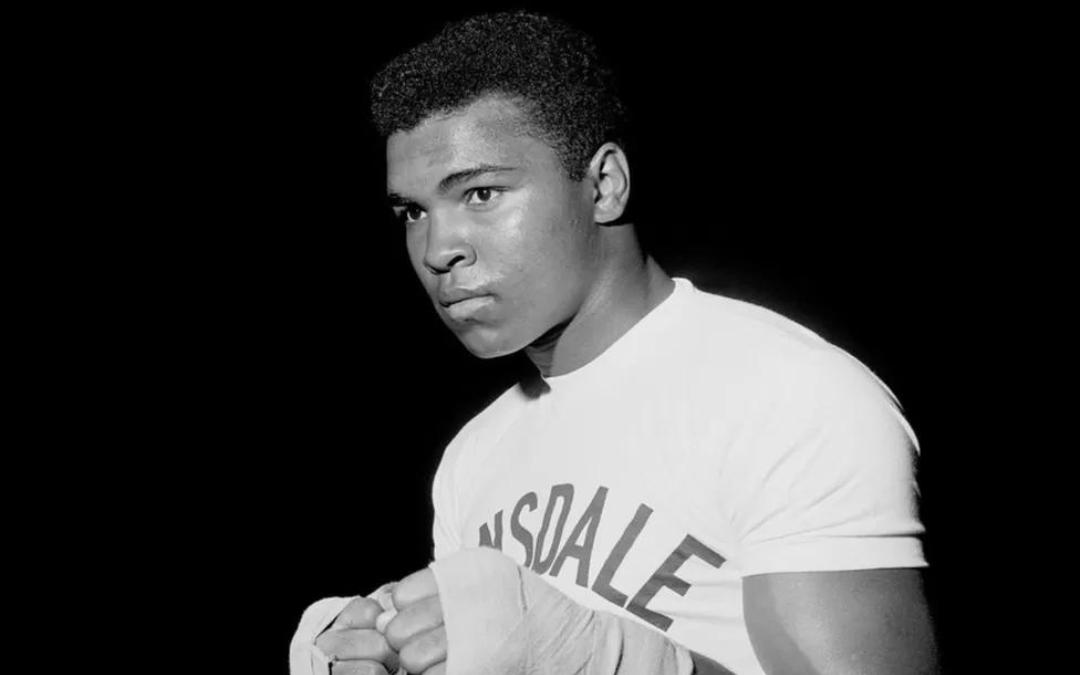 Muhammad Ali, a three-time heavyweight champion, Olympic gold medalist, and American hero, died six years ago, yet he still serves as a reminder of the struggles that individuals like him have endured and continue to face in the United States.

In his own words, Ali led a colorful life, fought for individual freedom in the fullest sense, and left behind a boxing legacy that “won’t be seen again in our time… not for another 200, 400 years.”

To protect the lives of minorities, he campaigned against injustice and bravely faced the repercussions.

He was prohibited from boxing competition after he refused to fight in the Vietnam War, but he persisted, saying, “I’m not going 10,000 miles from home to maintain the control of white slave owners of the darker people the world over.”

He advocated for black life and was a key figure in the Civil Rights Movement. He collaborated and held rallies with outstanding activists and leaders including Dr. Martin Luther King Jr. and Malcolm X.

Being aware of his popularity’s ability to affect change, he frequently advocated not only for black lives but also for Muslims who were persecuted after 9/11.

It is evident from his itinerary that he sought balance in both his everyday life and the larger world.

The daily routine of Muhammad Ali:

Early in the morning

Every morning Ali began with prayer and “roadwork,” as it is known in boxing. He spent a significant amount of time running as part of his training since a heavyweight’s ability to sustain stamina over 15 rounds is a vital advantage.

For a more intense leg workout, he wore thick boots. Running was Ali’s favorite activity, and he usually preferred it to take the bus.

Six days a week, Ali would work out. He would begin his preparation for a bout anywhere from two to fourteen weeks in advance. “I loathed every second of training, but I told myself, ‘Don’t stop, suffer now and spend the rest of your life as a champion.

Early on, Ali spent his time working out in Miami, Florida’s 5th Street Gym. Unexpectedly, Ali favored calisthenics over weightlifting as a form of exercise.

With around 10 to 20 minutes set aside, jumping rope was a crucial component of his routine. One of the top jump ropers in boxing, he was regarded by many as having improved their perception of his speed in the ring.

Having a Good Appetite

A big fan of hamburgers, Muhammad Ali had a voracious appetite. He established a network of burger joints named ChampBurger in Florida, his old home state.

He constantly consumed meals with protein that was healthful and nutritious. He had access to chicken, steak, fruits, vegetables, cereals, and all of those things. Having never smoked or drank alcohol, Muhammad Ali took great satisfaction in it.

He would stay up till his scheduled bedtime and stay up to celebrate successes with friends and family over orange juice.

To uphold his Islamic religion, Ali made an effort to pray five times a day, although he often only managed to say two prayers each day—once in the morning and once in the evening. He would always take a shower before prayer to ensure that he was completely clean by his beliefs.

Watching television was his preferred pastime. The Thrilla in Manilla and the Rumble in the Jungle were two of his favorite vintage fights to watch. He would choose to watch basketball or baseball games at other times.

Muhammad excelled in combat both inside and outside of the ring. He declined to take part in what he saw to be an unfair Vietnam War out of respect for his rights.

A significant symbolic victory for the Civil Rights Movement came from his attempts to challenge the status quo. During his retirement, he enthusiastically worked for several charities while preaching for racial harmony.

Although he isn’t here with us anymore, his words and deeds continue to motivate many and serve as a reminder to keep fighting for justice even when it’s not in the ring.

Muhammad Ali’s quote, “Hating people because of their race is wrong,” will serve as a reminder, particularly at this time, of why we are fighting for justice. Furthermore, it makes no difference what hue is being hated. Simply said, it’s incorrect.