Will Smith kisses Jada on the cheek when they appear together on the red carpet for the first time since the Oscars scandal. 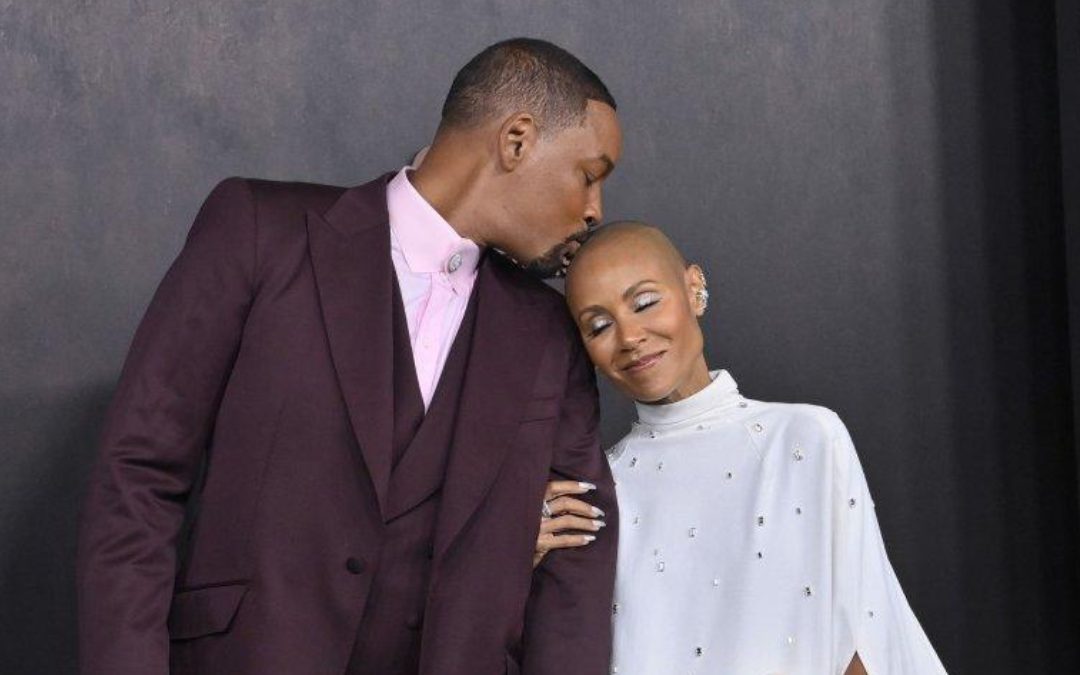 Since hitting Chris Rock on stage while presenting at the Oscars in March, Antoine Fuqua has only recently released the movie.

Along with his wife Jada Pinkett Smith, Will strolled the red carpet to that same Regency Village Theatre in Westwood with his family, which also included his three children Trey, Willow, and Jaden.

Son Trey was attired in a pale pink undershirt, while father Will sported a burgundy Dolce & Gabbana tuxedo. The color scheme of the family’s clothing was synchronized.

The character played by the actor is Peter, a slave who rose to fame after “The Scourged Back,” a portrait of a slave with keloid scars out of a century of whippings, was posted in 1863. Emancipation includes a scene with Peter.

Will revealed to Variety his thoughts on the filming process: “The empathy and thankfulness I feel for being able to live in this moment have undoubtedly been sparked.

Additionally, I’m thankful for those who came before me and took punishment so that I may be here today.” Ben Foster, Charmaine Bingwa, Gilbert Owuor, Mustafa Shakir, and more actors may be seen in Emancipation.

Will’s most recent appearance follows an interview he gave to Trevor Noah on The Daily Show in which he spoke extensively about his behavior at the Oscars and how it affected the public’s impression of him.  As you might expect, he said, “That was a horrible night.”It has a lot of subtleties and intricacies.

That’s not the way I want to be. Additionally, Will took part in a video press conference with Kevin McCarthy of Fox 5 DC, saying, “I completely understand that just because someone isn’t quite ready, I would surely respect anything and grant anybody their latitude to not be ready… My real hope is that I don’t hurt my team with what I do.