When Kane scores, England defeats Senegal 3-0 to go to the quarterfinals of the Qatar World Cup. 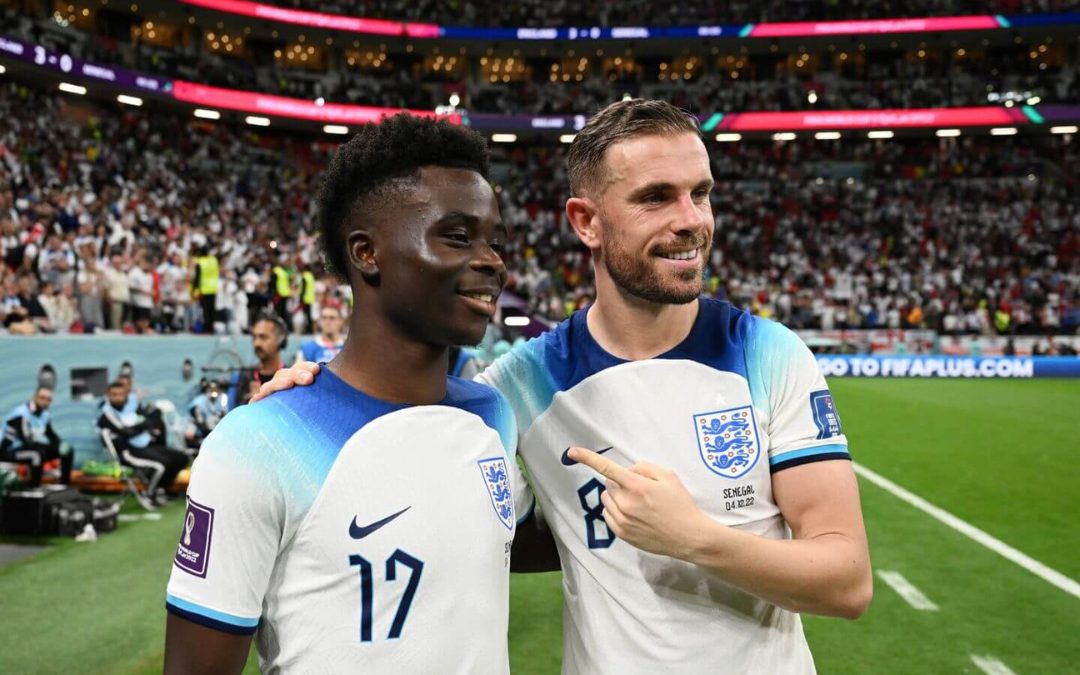 Jordan Henderson, Harry Kane, and Bukayo Saka all scored once as England defeated Senegal to advance to the FIFA World Cup quarterfinals with a convincing 3-0 victory.

At the Al Bayt Stadium on Sunday, Gareth Southgate’s team led 2-0 at the half after scoring its first goal in the 38th minute and adding a second in the last seconds of the first half.

English took the game away from Aliou Cisse’s team with a third goal 13 minutes into the second half, setting up a quarterfinal matchup with France, which earlier on Sunday upset Poland 3-1.

Raheem Sterling was not available for England on Sunday because he was attending to personal matters at home, therefore Bukayo Saka was chosen in attack over the three-goal scorer Marcus Rashford.

Saka, who scored twice against Iran, missed the match against Wales, which England won 3-0. Rashford scored twice as well. Additionally, Southgate chose to keep Henderson and Phil Foden in the lineup.

At first, both sides were very cautious, but once the first jitters subsided, they decided to be more upbeat. Senegal appeared to be the more dangerous team during several moments of the first half as they launched assault after the attack.

Senegal, the winner of the Africa Cup of Nations, will regret missing out on significant opportunities from Ismaila Sarr and Bouyale Dia when the score was 0-0 due to the injury to superstar Sadio Mane.

Early in the first half, Senegal’s increasing pressure on England appeared to momentarily put them on the back foot. The African champs maintained a higher line, but the European team was ready to respond when the chance arose.

When Senegal gave England an opportunity, they were ready to go on the attack, and they converted both of their chances to take a sizable lead into halftime.