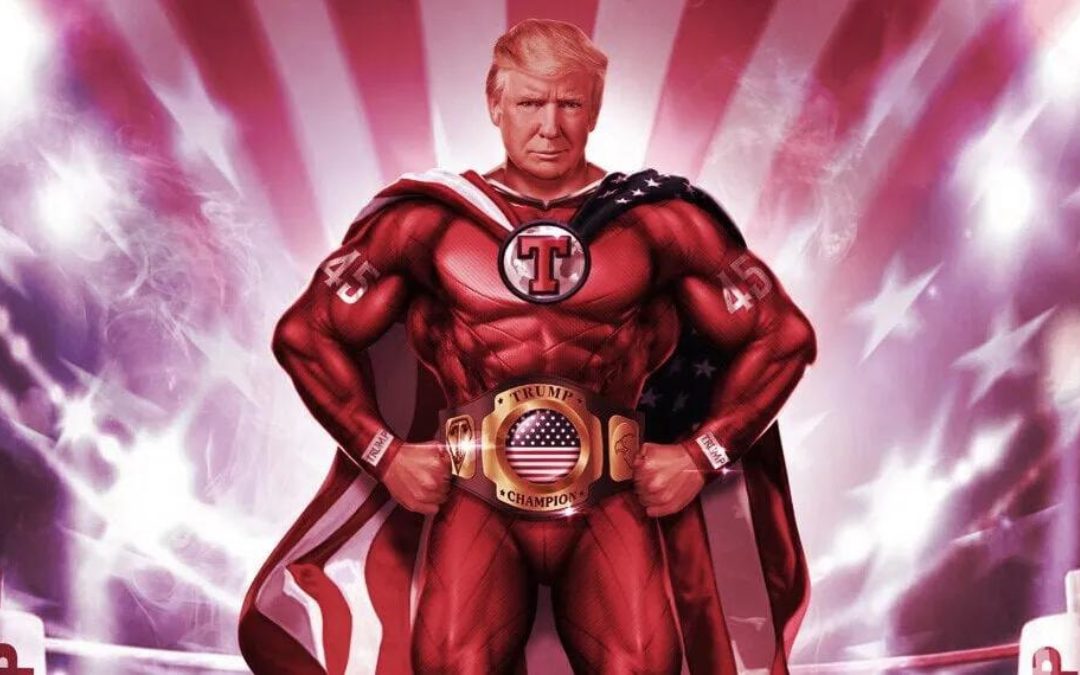 Instead of funding his 2024 campaign, proceeds from the purchase of the digital trading cards, which feature the former president as superheroes and fighter pilots a la “Top Gun,” will go to him.

Political foes of Donald J. Trump have long accused him of acting like a cartoon character. The former president transformed himself into one on Thursday, but with the intention of making money.

Mr. Trump unveiled an online store to sell $99 digital playing cards depicting himself as a superhero, an astronaut, an Old West sheriff, and a number of other fantasy avatars.

This was his first substantial public action since launching his 2024 presidential campaign last month. In a short, direct-to-camera film he used to make his case, he audaciously claimed that his four years in the White House were superior to those of Lincoln and Washington.

The sale of the trading cards, which Mr. Trump had announced as a significant event on his social media website, Truth Social, the day before, confused some of his aides and attracted condemnation from some fellow conservatives.

Stand-up comedians Keith and Kevin Hodge, who support Trump, wrote on Twitter that whoever instructed Trump to act in this manner ought to be fired.

Man, when Trump hypes up everyone with a “BIG ANNOUNCEMENT” before releasing a low-quality NFT collection video as the “announcement,” it really turns people away. Patriots are seeking optimism for the future of our nation.

The $20 that Mr. Trump frequently requests from his followers is significantly less than the cost of the digital trading cards.

The digital cards, which Mr. Trump compares to baseball cards but which are actually nonfungible tokens, or NFTs, that essentially let a person claim ownership of a digital file, won’t bring in any money for his campaign.

Some of Mr. Trump’s advisers recognized and voiced worry about the fact that Mr. Trump will instead pocket money from the digital cards as part of a licensing agreement. They fear that the decision may dilute tiny donations to his presidential campaign.

Incentives for purchasing the cards include the chance to win a meeting with Mr. Trump or a round of golf at one of his resorts.

Customers who purchase 45 cards will get a ticket to a banquet at a Trump property in South Florida. Before announcing his candidacy, the former president amassed $100 million in multiple political accounts, but none of that money may be used to directly fund his campaign.

At the same time, Mr. Trump’s advisers gave a helpful Twitter user access to a video showing the former president promising to crack down on internet restrictions if he regains his previous position.

However, Mr. Trump’s overt promotion of the trading cards brought home how unimportant his presidential campaign has appeared in comparison to his other endeavors over the last month.

Republicans and even some Democrats conjectured for a day about what Mr. Trump may have in mind for his significant announcement, presuming it had something to do with his campaign or possibly the contest for House speaker. The last announcement left everyone in utter shock.

Public documents show that NFT INT L.L.C., the business selling the cards, was established in Delaware in February. A business address on the trading card website correlates to a mailbox in a UPS Store in Park City, Utah.