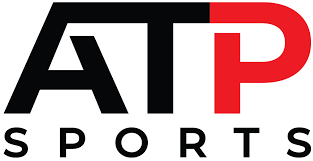 The ATP told players it was also reviewing their penalties for serious violations and repeat offenders.

German Alexander Zverev was also sent off from the Mexican Open after hitting the referee’s chair with his rackets.

In a letter to the Reuters news agency, the ATP said the incidents “cast a bad light on our sport.”

“Immediately effective as we move to the clay swing, the ATP referee team has been tasked with taking a tougher stance in assessing Code of Conduct violations,” said ATP President Andrea Gaudenzi.

“We also review the Code and disciplinary procedures to ensure it provides adequate and updated penalties for serious and repeats violations.”

Meanwhile, world number three Zverev, 24, was suspended eight weeks after attacking the referee’s chair with his racket in Acapulco.

Gaudenzi told the players that “everyone has a role to play in protecting the reputation and integrity of the sport of tennis.”

“In the first three months of the season, there was an unusually high incidence of high-profile and non-sporting behavioral injuries,” the former player said.

“This behavior upsets everyone and sends the wrong message to our fans, especially young people.”