The video game that “changed the world” 50 years later is Pong. 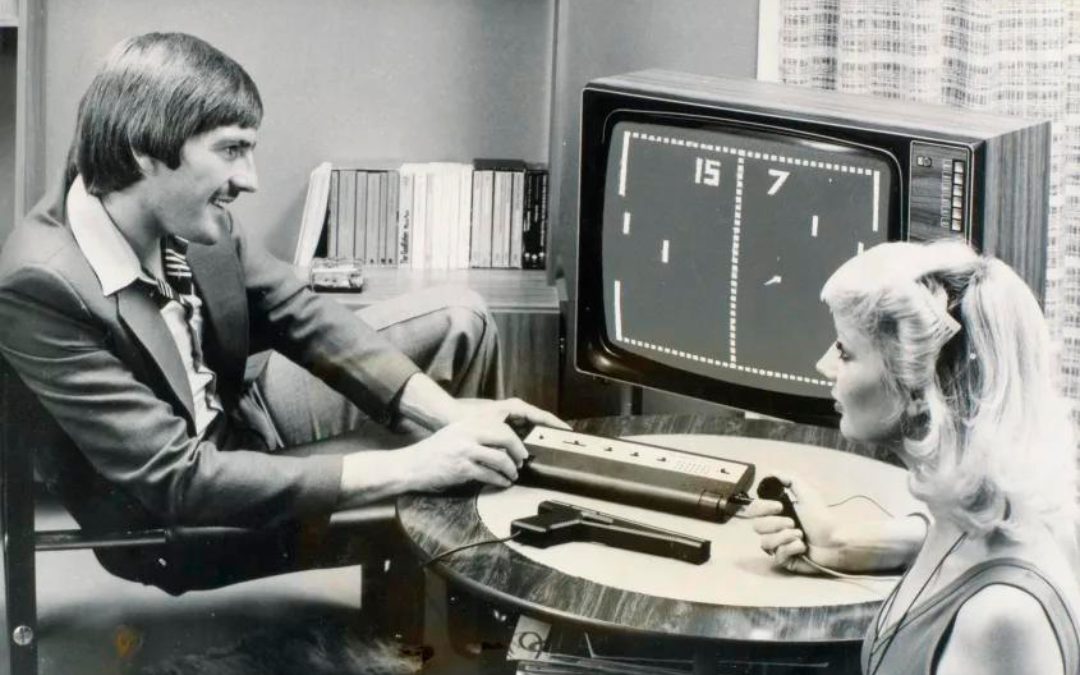 Pong was originally unleashed into an unaware world by gaming behemoth Atari fifty years ago today.

The electronic table tennis game has permanently ingrained itself in the public mind as the “first commercially successful video game in history.”However, the first computer engineer at Atari used it as a sort of experiment initially.

Atari was created in 1972 by Nolan Bushnell and Ted Dabney. Allan Alcorn, a recent graduate of the University of California who had never played a video game before, was the first engineer to join the group.

Bushnell gave Alcorn the task of performing “a kind of warm-up exercise.” In an interview conducted by the Computer History Museum in 2008, Alcorn said that he was instructed to develop Pong, “which we now know was essentially an exercise,” while erroneously assuming that General Electric had hired Atari to offer a straightforward video game.

By today’s standards, Pong couldn’t be much simpler. A pixelated black-and-white screen shows an electronic table tennis table with two rectangular bats and a little square ball on either side, as well as a dotted line indicating the net in the center.

Alcorn said that he “essentially had free run” during the game’s creation. Pong was so low-budget that it could only be produced by one person.

Rather, it was overly well-liked. When the coin box was overflowing, the manager called Alcorn as people lined up to put their quarters into the machine.

Atari was charging $1,000 for Pong machines at the time, even though they cost $500 to produce. The rapid expansion of the company even led to international expansion.

The sudden success of its first game caused Atari to scramble to hire more employees as it went on to sell thousands of Pong consoles. A young hippie in sandals who had shown up at Atari’s offices in 1973 asking for a job was hired by Alcorn at the time.

Alcorn claimed that Jobs, who would go on to co-found Apple three years later, was difficult to work with and had a significant issue with body odor, which led to his being assigned to night shifts. For everyone, it was better. In 1975, when Home Pong was released, Pong experienced a “real game changer.”

Thousands of Pong sets were sold through the department store Sears under the claim that this at-home console could be used to play on any TV. Many sequels, including Pong Doubles and Quadrapong, were released while the silicon was still hot.

But by the end of the 1970s, other games like Pac-Man and Space Invaders, which featured more modern features and visuals, had surpassed Pong. But it had already established itself as the video game that “changed the world.”

In the billion-dollar video game business, Pong is still a benchmark. The game is still utilized in ongoing research to hone neural networks, train AI algorithms, and create the Neuraline brain-machine interface. Children are taught how to code using it as well.

Even a clump of brain cells created in a laboratory has tried playing Pong. A paper describing how a cluster of 800,000 brain cells learned how to play the game in five minutes was published in the journal Neuron in October by researchers at Melbourne, Australia’s Cortical Labs, a biological computing start-up.

The video game, which offered an outside environment to test brain development, was plugged into the mini-brain. Once play began, the cells frequently missed the ball, but their success rate was significantly higher than the probability of chance.

The technology, according to the researchers, may one day be used to test potential treatments for neurodegenerative diseases. The “novelty factor” and, of course, the “nostalgia” of the game keep players interested even though it may be the dullest video game ever created.