Review of Ticket to Paradise: George Clooney and Julia Roberts revive the formulaic rom-coms we all grew up with. 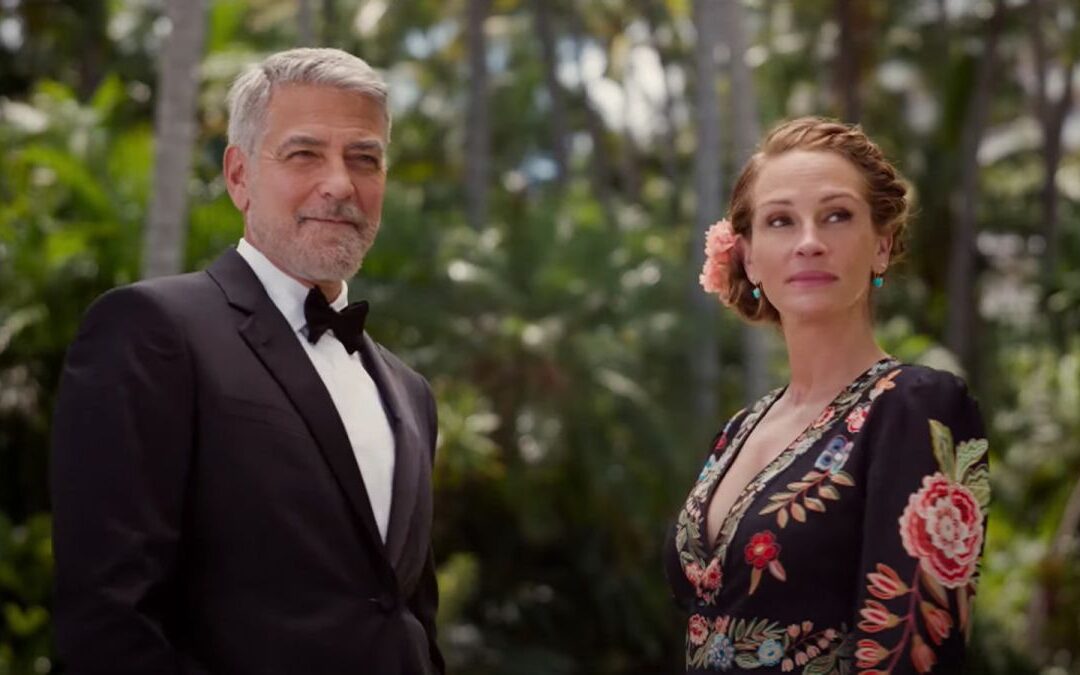 In the movie Ticket to Paradise, George Clooney and Julia Roberts play David and Georgia Cotton, a divorced couple.

In the movie Ticket to Paradise, David and Georgia Cotton, a divorced couple, are seen to have disagreements on a variety of issues, particularly those involving their adored daughter Lily Cotton (Kaitlyn Dever). David and Georgia are in for a surprise because Lily has plans to wed Gede, a seaweed farmer she met in Bali during her graduation break (they separated five years later), whom she hopes to marry. This news comes 25 years after they were married and five years after they parted. In an effort to prevent their daughter Lily from making the same mistake they did 25 years prior, David and Georgia grudgingly agree to a brief truce and team up to ruin Lily’s wedding. Even though Georgia and David make every effort to resist it, what happens next is a series of amusing mishaps.

Plus Points: Julia Roberts and George Clooney’s irresistible chemistry is the only thing that makes the movie Ticket to Paradise worth seeing. The two get into everything, whether it’s dancing inebriated after beer pong matches and humiliating their kid or making fun of each other’s woes, like getting bit by a dolphin. The visually appealing “Australia-to-Bali” cinematography is also a bonus since it will draw you in but never once feels excessively glitzy or like a travel advertisement. The protagonists often refer to their surroundings as “the best place on Earth.” The script will generally make you laugh out loud, even when parts of the language reach saturation point, especially when Clooney and Roberts are allowed the freedom to spar.

Minus Points: Despite the fact that Ticket to Paradise revives interest in romantic comedies, it also suffers from the “seen it all” syndrome and doesn’t offer anything new to the genre. Despite being hinted at and even having the potential to be remarkable, the supporting cast falls short, with great actors like Billie Lourd and Lucas Bravo suffering the most.

Opinion: Ticket to Paradise more than satisfies this reviewer’s need for a satisfying romantic comedy. As a form of escape from the harshness of life, movies have become increasingly popular in modern society. What makes Ticket to Paradise the ideal escapist movie—as director Ol Parker quickly realizes—is that it doesn’t try too hard to be original in a clearly popular genre, but instead uses the formulaic approach and relies heavily on the electric chemistry between its bankable leads, who don’t let us down. At this stage in their careers, George Clooney and Julia Roberts are able to deliver even the cheesiest speech as if it were a heartfelt discussion, or even better, without words.

Highlights: The magnetic chemistry between George Clooney and Julia Roberts. Bringing back the classic romantic comedies that we enjoy occasionally. Escapism by providing a happy ending plot is something we greatly need in movies.

Summary: In conclusion, Ticket to Paradise is an endearing romantic comedy that illustrates that getting older is never a bad thing.