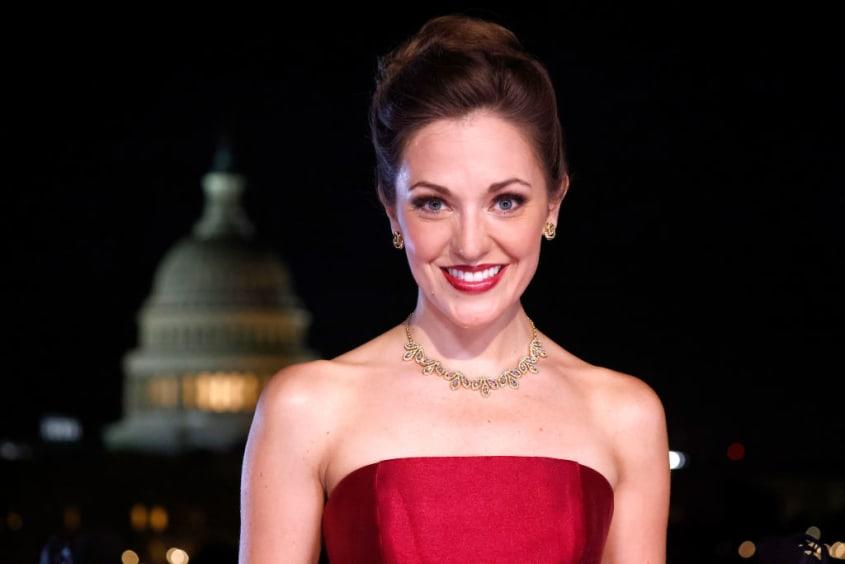 Broadway celebrity Laura Osnes was fired from the show for refusing to take the COVID-19 vaccine, Osnes issued a statement defending her decision to drop the pill because “there is so much still unknown” about the shot.

She also denied being fired from her, saying that she decided to stop producing “Crazy for you” one night after producers at the Guild Hall Theater in East Hampton told her that she should have applied to join.

Osnes, who made a name for himself after winning the talent museum “Grease: You’re the one I want!” In 2008, she went on to have a major career on Broadway, writing on Instagram: “I think people have the right to get tested, go to the doctor, and then draw their own conclusions before deciding whether to take any medication.”

Star “Cinderella,” said they could one day “be more confident in research” on antibiotics and change her heart.

He said COVID was “very concerned” about it, and said the safety of his colleagues and the audience was “very important” to him, but said he believed it was possible for the film to continue “without contraception” ordered by the use. of other safety measures, such as experimental, social detoxification, increased air quality in the theater, uniqueness and “other safety measures”.

Osnes also said he was fired for refusing to get vaccinated.

When we published our first report, the theater rep told us that “Guild Hall’s prediction is that filmmakers have the option of giving evidence of a full vaccination or a negative COVID result. Recently.”

But Osnes said in his Instagram post that he was not given the option to test poorly. “I would have tested in a heartbeat,” she wrote, “something I have been doing for months, and will continue to do, in order to keep working safely.”

Although her post was intended to put out “a firestorm of negative conclusions and comments” that sprung up after we published the story, it doesn’t seem to have entirely done the trick.

Award-winning Hollywood reporter guru Scott Feinberg for the group posted and wrote a link to his testimony.