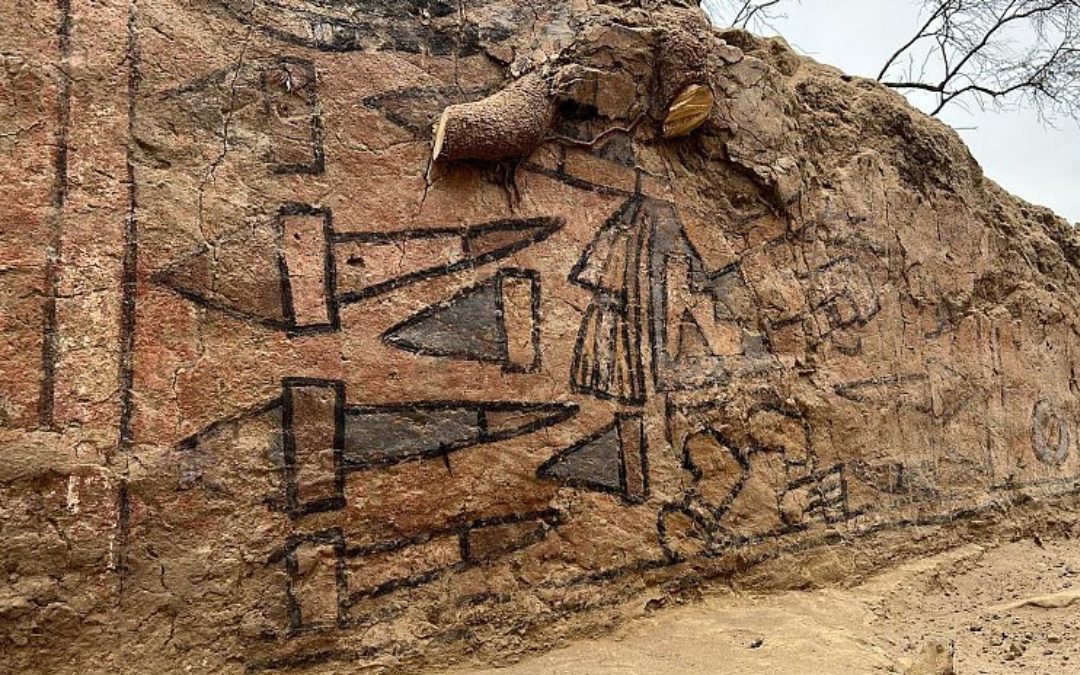 An amazing find has been made in northern Peru by a group of student archaeologists after a four-year hunt. The Huaca Pintada, a long-lost mural that dates back 1,000 years, was discovered by a team of excavators led by Swiss archaeologist Sam Ghavami in a town near Lambayeque.

It is a rare discovery to find wall murals of this caliber in pre-Colombian archaeology, which makes it a remarkable discovery, according to Ghavami of the University of Fribourg.

The paintings appear to be motivated by the concept of a sacred hierarchy centered on a cult of ancestors and their close ties to natural forces.

The artwork was first discovered in 1916 thanks to a collection of black-and-white photos shot by German ethnologist Hans Heinrich Brüning, who was residing in Peru at the time he learned of the location after treasure hunters tried to plunder it but came up empty-handed.

The paintings had vanished as the years passed, and until Ghavami’s curiosity drove him to explore the long-lost fresco, no one had attempted to look for them.

But first, he had to fight for approval from the family whose property the painting was discovered on. Finding the fabled rock art took Ghavami and his crew four years in all.

The dig has been dubbed “the most intriguing and significant find of recent years.” Ghavami says, “It’s a remarkable discovery first of all because it is uncommon to locate wall murals of such caliber in pre-Colombian archaeology.

In addition to being in good shape, the painting offers proof of the emergence and growth of an early Peruvian cultural phenomenon. In fact, it is thought that the painting was formerly a component of the Moche civilization’s thriving Huaca Pintada temple, which stood between the first and eighth centuries.

The find features representations of the Moche and Lambayeque peoples, who lived on Peru’s north coast between 900 and 1350 AD, as well as a synthesis of their designs and materials.

The purpose of the mural’s message will be one of the topics covered by Ghavami’s research on the societal changes that occurred in Lambayeque.

But he believes that it could be interpreted as a metaphor for the political and religious system of the region’s prehistoric inhabitants. The site has been covered for preservation. It will probably be restored to its former splendor and made public at long last.