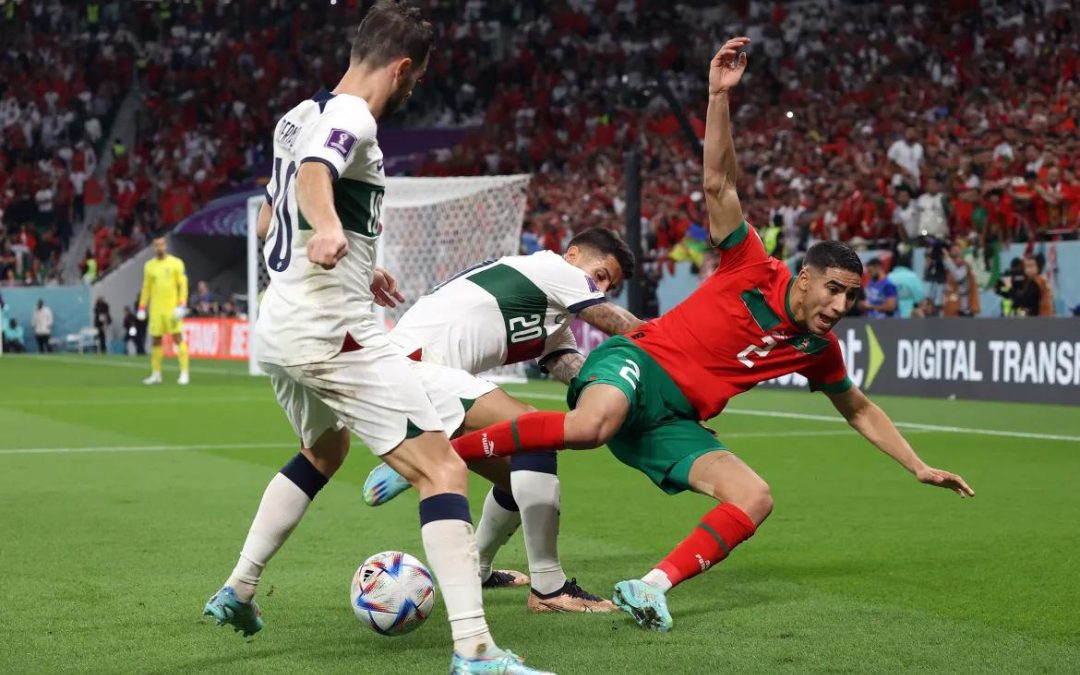 In order to defeat Morocco’s valiant effort on Wednesday night at Al Bayt Stadium and go to the FIFA World Cup final against Argentina, France, the defending champion, scored once in each half.

Theo Hernandez’s haphazard goal in the fifth minute gave Les Bleus the lead. After a strong solo by Kylian Mbappe, Randal Kolo Muani sealed the deal in the 79th minute, less than a minute after entering the game.

Didier Deschamps would join Italy’s Vittorio Pozzo as the only coach to win two World Cups in succession if France triumphs. Deschamps was a player when France won their first championship in 1998.

Argentina, the 1978 and 1986 champions, defeated Croatia, the 2018 runners-up, 3-0, in the first semi-final on Tuesday. Lionel Messi will face Mbappe in a key matchup for the championship in what will be Messi’s fifth and last try.

Following defeats in the previous two World Cup meetings between France and Argentina in 1930 and 1978, France defeated Argentina 4-3 in the round of 16 to win the 2018 championship. On Saturday, a game between Morocco and Croatia will decide third place.

On Wednesday, Morocco was pushed all the way by World Cup wildcards, who were supported by their legion of fans, who outnumbered France. The final score conceals how well they played and how tight the contest was.

The loss of crucial defender Nayef Aguero after he was named to the starting lineup, followed by an early goal, were early blows for the first African team to go to a World Cup semifinal, but they did not cause them to falter.

Antoine Griezmann, who has reinvented himself as a playmaker, has continued to be France’s main player and has been a big subject of the World Cup. His quick movements make it easier for others to cut him off while also ensuring that he is constantly open to receive the ball.

Without a question, France’s player of the competition. Despite being stopped, Hernandez at the far post managed to score a scruffy 1-0 goal after receiving a deflection from Mbappe’s attempt from close to the penalty area.

The defending world champions came close to extending their lead multiple times, but Morocco also managed to cause concerns, especially during a standout spell shortly before halftime when the Atlas Lions had a number of scoring opportunities.

After scoring first, Morocco reacted brilliantly, and in the opening moments of the second half, they were in complete control of France. They were aggressive competitors who weren’t afraid to take on the reigning champs in a game of their own.

Mbappe’s genius was all that was needed to expose Morocco’s defense once more throughout the game. In the box, Mbappe miraculously wriggled through a mass of legs and managed to get a shot off, but it was stopped.

Kolo Muani is the recipient of the deflection, and he scores the game’s opening goal (a 2-0 score) by tapping in from close range. Throughout this World Cup, France has hardly advanced past second gear.

They haven’t frequently had to go the distance in games, with a few exceptions like Wednesday’s game and the quarterfinal against England.

They have carried on despite being damaged by their wounds. Mbappe and Messi’s duel in the championship will thus be a match inside a match.