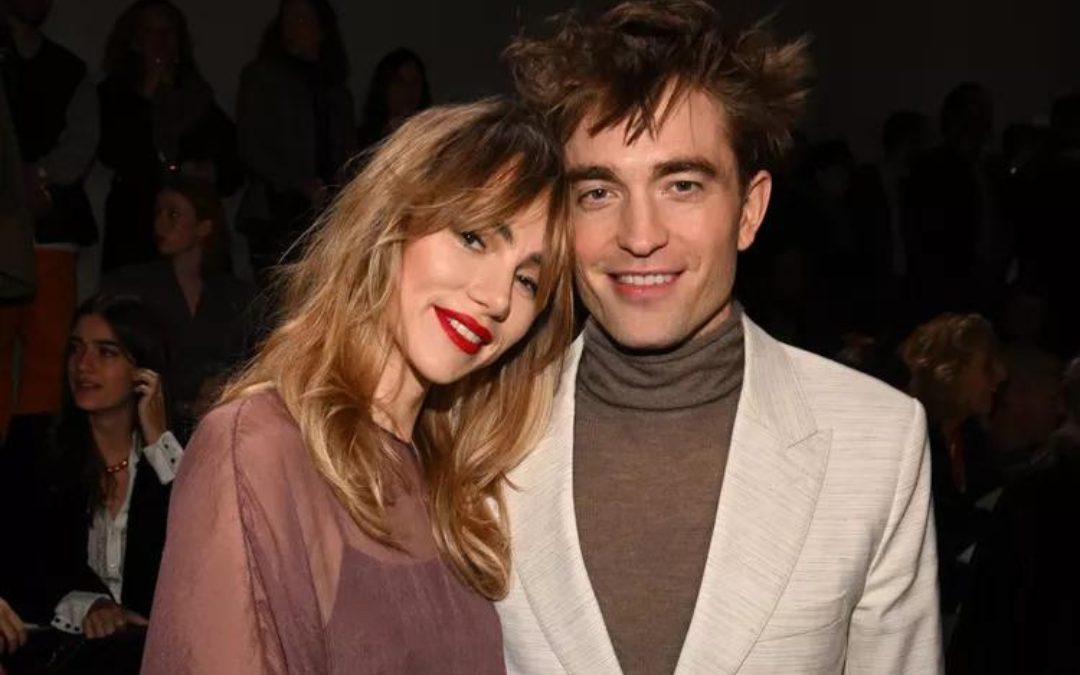 At a fashion event in Egypt, Robert Pattinson and their girlfriend Suki Waterhouse walked the red carpet together. Robert Pattinson is best known for his roles as Edward Cullen in the Twilight trilogy and Cedric Diggory in Harry Potter and the Goblet of Fire.

Robert Pattinson and Suki Waterhouse have been dating for years, but they’ve just become red-carpet partners. The actor and the model walked the red carpet together for the first time at the Dior Men Fall 2023 runway show in Giza, Egypt, on December 3.

The couple has attempted to keep their relationship as discreet as possible, despite being linked since 2018. At the fashion presentation and on the red carpet, Robert and Suki posed for pictures.

He was spotted wearing a grey turtleneck and an off-white suit, while Suki was dressed in a purple outfit. It’s unclear exactly when Robert and Suki started dating since they wanted to keep it a secret from the public.

THE COUPLE! Watching the #DiorMenFall show in Cairo, Egypt, today were Robert Pattinson and Suki Waterhouse. But it wasn’t until they were seen together in London in 2018 that their relationship was officially established.

They have mostly refrained from bringing up their interaction with the media since then. But during a February 2018 interview on Jimmy Kimmel Live, Robert, who is most known for the Twilight movie series, did talk about his longstanding partner.

Robert had talked about watching The Batman with Suki during the interview and how her response to the movie “sort of transformed the entire thing” for him. “She probably isn’t a fan of superhero movies regularly.

I could feel a small tear welling up in my eye as I saw how intently she was watching it the entire time. Later, she grasped my hand and touched it to her face. “No way,” I said.”

Particularly when it comes to his romantic connections, Robert tries to keep his private life hidden. He has been romantically linked to several famous people over the years, including Lindsay Lohan, Emma Watson, Nikki Reed, and Dylan Penn, but he has never publicly acknowledged any of the connections.

Regardless of rumors, Kristen Stewart, FKA Twigs, and his current girlfriend, model Suki Waterhouse, were Robert’s most well-known romances. Kristen Stewart was also his co-star in the Twilight films. In the meanwhile, Bradley Cooper is on Suki’s list of ex-boyfriends.