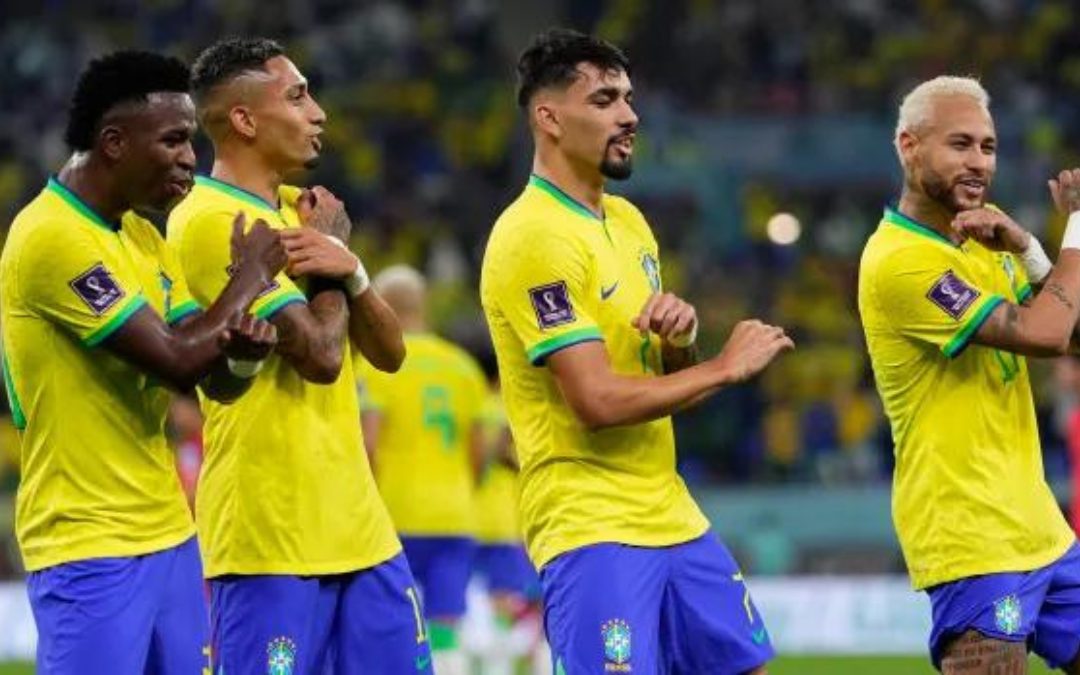 In their Round of 16 encounters at the 974 Stadium in Doha on Monday, Brazil put on an incredible display of football to knock South Korea out of the FIFA World Cup 2022.

In the first half, the Brazilian team totally outplayed the Koreans, scoring 4 goals in a matter of 29 minutes. With the aid of a 76th-minute goal, the Asian team just managed to restore some of its lost credibility in the second half. Brazil will play Croatia in the quarterfinal encounter after the game concluded 4-1.

When Vinicius Junior scored with a right-foot shot in the seventh minute, Neymar Jr. and the guys in yellow launched an attack on their Asian counterparts. Brazil scored the second goal thanks to a penalty that Neymar Jr. took in the 13th minute as a sea of yellow roared their team on in the 40,000-capacity stadium built of shipping containers.

Richarlison’s strike from the center of the box in the 29th minute gave Brazil a 3-0 lead. Thiago Silva gave him support. Vinicius Junior and Lucas Paqueta combined to make it 4-0 for the South American team in the 36th minute.

As their squad was the final Asian team eliminated from the competition on Tuesday, a number of South Korean supporters departed the stadium in tears.