Ashley Bickerton, a “Blissed Out on Terrible Wonder” artist, passes away at age 63 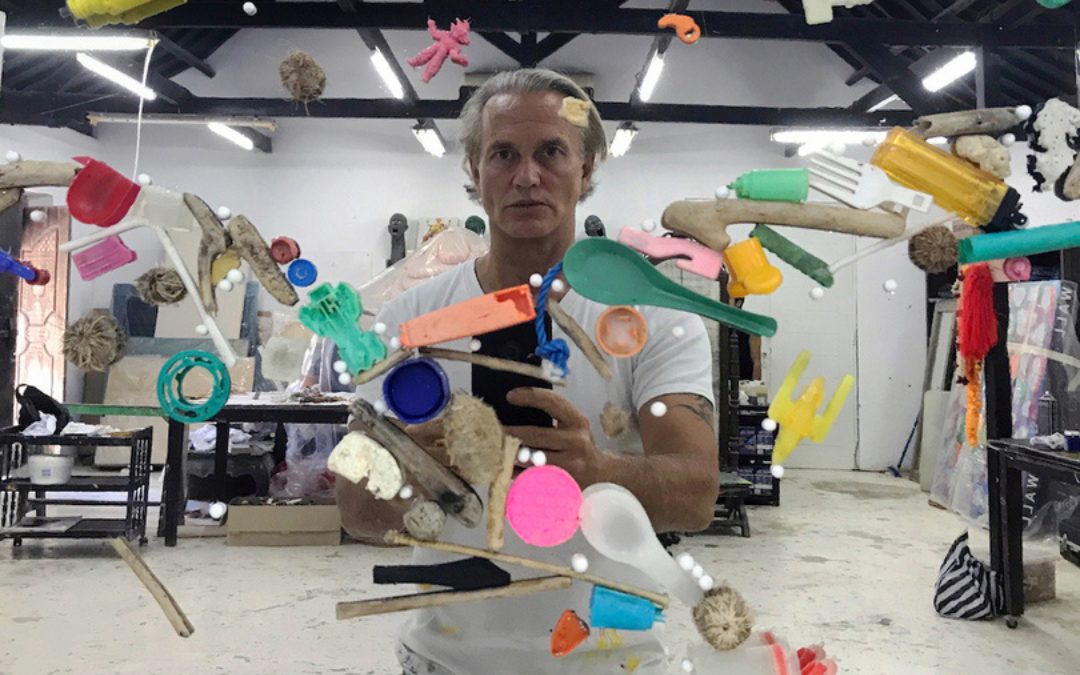 In Bali, Indonesia, on November 30, artist Ashely Bickerton passed away. He received an ALS diagnosis last year, a neurological condition for which there is no known treatment.

Bickerton stated to Los Angeles Magazine in August 2021, “I don’t want any pity.” I’m just not in the mood for that garbage, he muttered. “I’m busy—too busy—for that. Life is to be enjoyed and got on with.”

Bickerton, who was born in Barbados in 1959, spent most of his childhood traveling with his father, who conducted studies on pidgin and creole languages.

He later went on to earn his degree from the California Institute of the Arts in 1982, pursue his artistic career in New York, and finally settle in Bali in 1993.

He joined the Neo-Geo movement, which criticized the global rise of industrialization and commercialism, while he was living in New York and worked alongside artists like Jeff Koons, Peter Halley, and Meyer Vaisman.

His works include logo montages with his own brand, “Susie,” sculptures posing as products, such as the lifeboat-wardrobe piece Seascape: Floating Costume to Drift for Eternity II (Cowboy Suit) (1992), and the painting Apex Species, Apex Moment.

Before The Fall. Mother. (2018), a hyperreal portrait of an unreal subject smothered in fruit, flowers, and paint. Bickerton was compared to most American artists, who are “natural-born moralists,” by art critic Holland Cotter of the New York Times in 2006.

His art does more than merely point the finger or advocate change, according to Cotter. It presents a perspective that is essentially doomsday, beyond repugnance and solutions, blissed out on the horrible wonder of it all.

‘We have lost a brilliant artist and a valued friend who will be sorely missed,’ a statement from Gajah Gallery, which had been working with Bickerton since 2013, said.

Bickerton was recently introduced to the Gagosian roster this year. According to Gagosian, Ashley was a major player in the New York art scene starting in the 1980s.

His singular blend of humor and irony in various mediums, such as painting, sculpture, and photography, encouraged upcoming artists as well as his contemporaries throughout his lifetime.