A gorgeous new universe is explored in a new Disney-Pixar film. 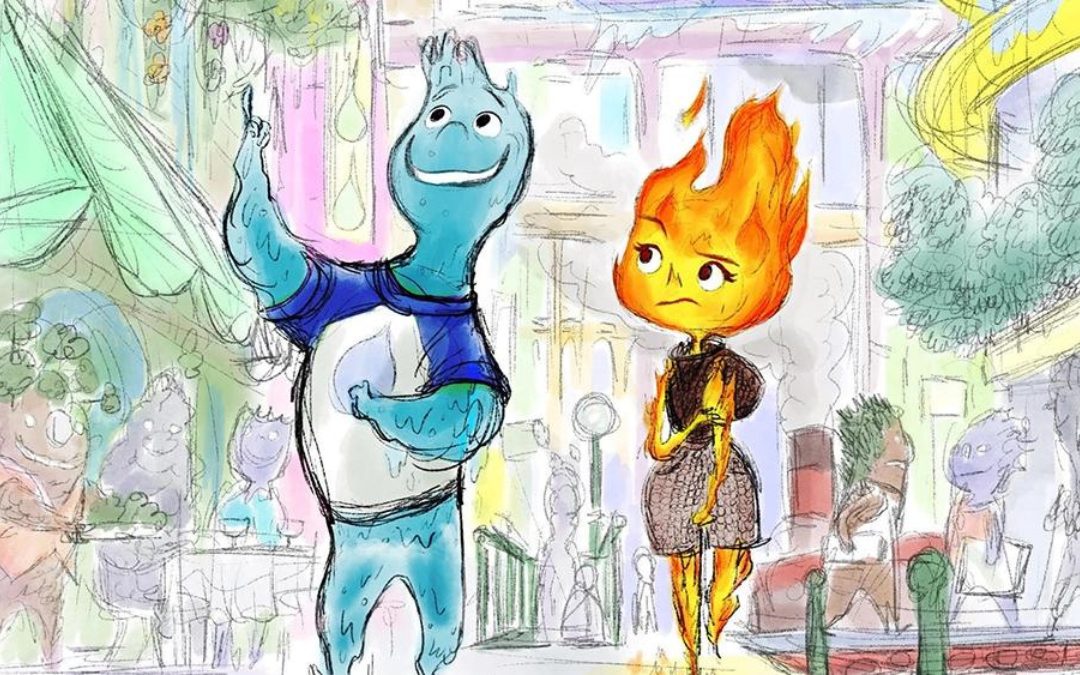 The first trailer for Disney-upcoming Pixar film Elemental has been released, and it depicts an incredible new universe where various elements live.

The teaser trailer for Pixar’s next motion picture Elemental, which will be released in India on June 16, 2023, is back, along with Disney.

Where “people of fire, water, land, and air dwell together” is the imaginary Elemental City, where the movie is set. Peter Sohn is the director of this novel feature picture.

According to the narrative, the teaser trailer introduces its major characters Ember (Leah Lewis), “a fierce, quick-witted and feisty young lady,” who develops a bond with Wade (Mamoudou Athie), “a fun, sentimental, go-with-the-flow guy” composed of water.

The majority of the one-minute teaser takes place in Elemental City’s metro, where individuals from various elemental backgrounds commute together.

There are water creatures, land creatures, parents with pot-sized offspring, and air creatures who can easily fit in the subway’s ceiling.

Ember, a fiery woman in a hoodie, drops her headphones and leans down to pick them up as another hand extends.

Wade is the owner of the water hand, and as a little drop of water touches Ember, she immediately recoils a bit.

Ember removes the hoodie from her face to expose herself, and Wade apologizes right away. An unusual relationship is about to start as they begin to introduce themselves.

Elemental explores how the two ‘elementally’ disparate characters’ striking bond “challenges her assumptions about the world they live in.”

In 2023, Pixar will release Elemental as a stand-alone film. After a hectic year that saw the releases of Turning Red and Lightyear, comes Elemental.

On June 16, 2023, Elemental is scheduled for theatrical release. His previous successes from his collaboration with Disney-Pixar include Cars, Toy Story, Inside Out, Up, Turning Red, Coco, and Soul.

Their most recent film, Lightyear, a Toy Story spinoff with Chris Evans providing the voice of Buzz Lightyear, was released.