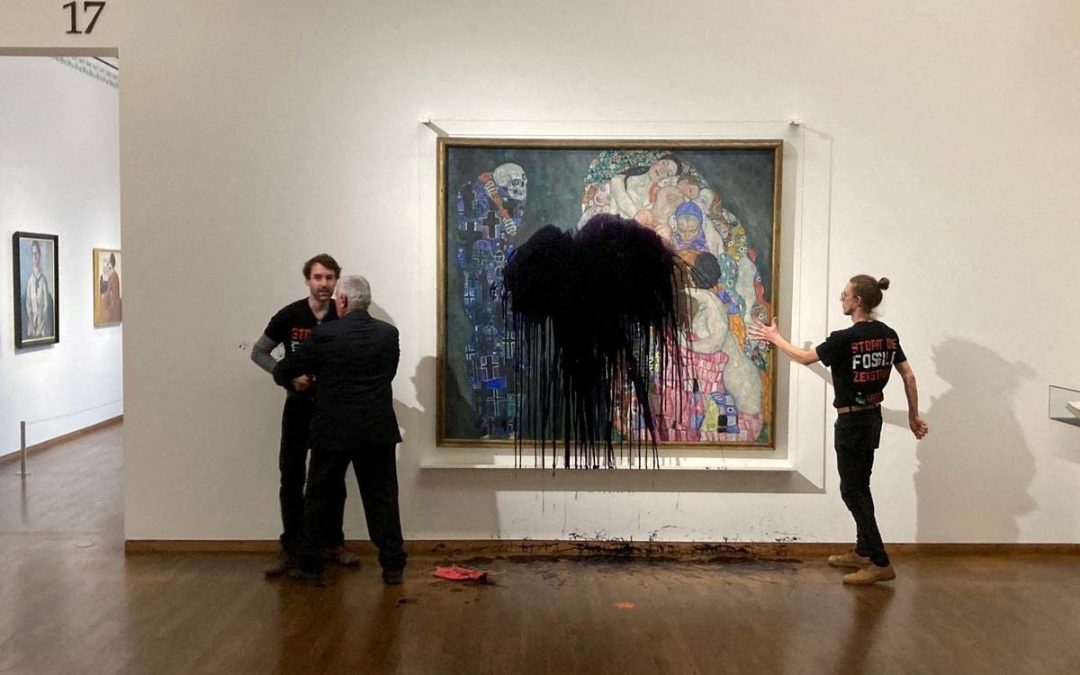 Climate activists in Vienna went to the Leopold Museum and sprayed oil on a priceless Gustav Klimt artwork. The piece of art itself was not harmed.

The legislation is one of many recent ones designed to pressure governments worldwide to act more quickly to mitigate climate change’s impacts.

Past incidents include throwing tomato soup at a van Gogh in London, mashed potatoes at a Monet in Germany, and maple syrup on an Emily Carr in Vancouver.

A number of Klimt masterpieces that routinely bring visitors to the Leopold Museum were targeted by activists from the Letzte Generation, including Death and Life (1910–11).

In a video recording of the event, one activist can be seen gluing himself to the object while another seems to pour black oil from a sac. The video looks like a security officer intervenes and begins to drag one of the protestors away.

“The worries of climate activists, such as those of the ‘Letzte Generation,’ are justified, but targeting artworks is clearly the wrong method to hinder the intended purpose of averting the expected climatic collapse,” Leopold Museum director Hans-Peter Wipplinger stated.

Similar demonstrations have resulted in little to no damage, if any, to the artwork in question. The activists engaged, from organizations like the UK-based Just Stop Oil, have made it plain that they are not attempting to cause harm to the artworks.

According to the Leopold Museum, the glass covering the artwork, the frame it was in, and the adjoining wall and floor, suffered “obvious and considerable” damage.

In response to a question about arrests, “Police reviewed the activists’ personal information. The activists, as far as I know, are still at large.

Due to the “fragility” of the targeted art pieces, museum administrators from around the world have vehemently condemned rallies like this one.

In an effort to prevent these actions from occurring, institutions have also started implementing more stringent security measures.